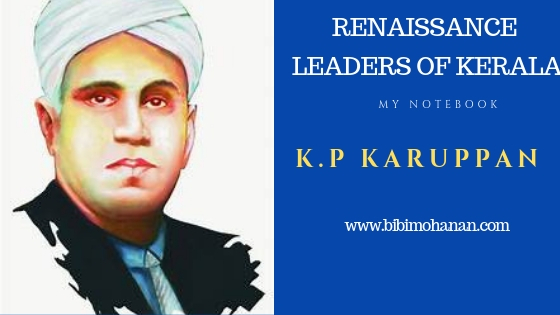 Hi, This post is about one of the important Renaissance leaders of Kerala.

Hi friends, In this post, I want to give a short notes on K. P Karuppan– one of the famous renaissance leaders of Kerala.

Now I am an educator in ‘Unacademy’ and I have uploaded a video course named ” Renaissance  of Kerala”. There are 10 lessons, you can watch it here.